Sunny Valencia, catch the last rays of sunshine and explore a surprising city.

Valencia is the third biggest city in Spain but does’t feel like it. Easy to explore, with stunning old and new architecture, parks, a flourishing restaurant scene, great shops and miles of beach, Valencia is a easy going Mediterranean city. 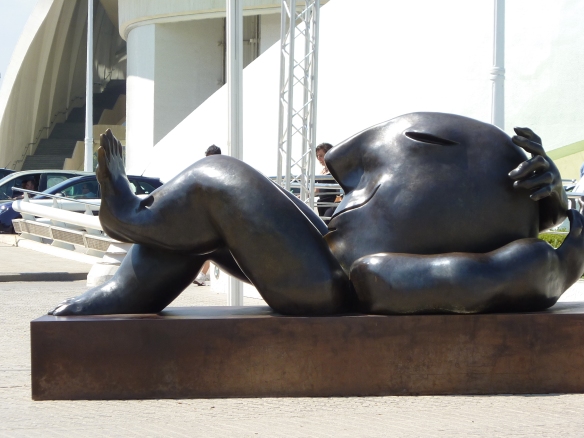 Wander through the Ciudad Vieja, with attractions such as Word Heritage La Lonja, a15th-century silk exchange and one of the best examples of Gothic civil architecture in Europe, Mercado Central, one of the largest food markets in Europe, in art noveau style, and of course the Cathedral. Built between the 13th and 15th centuries, the Cathedral stands on the site of a Roman temple and a mosque, mixing Romanesque, Gothic and Baroque styles. Between its walls, it conserves and protects not only paintings by Goya but also one of Christianity’s most important treasures, a chalice offered to the cathedral by King Alfonso V of Aragon in 1436, dating from the 1st century, which is supposed to be the chalice used in the Last Supper, the Holy Grail. 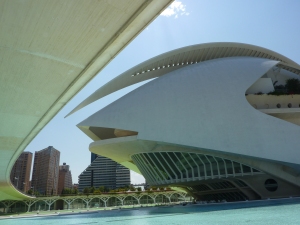 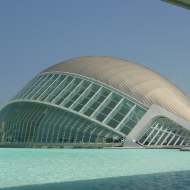 End the day with a walk through the Turia Gardens, in an old river bed transformed into a long park, where locals walk, run, skateboard and ride bikes or a dip in the sea at one of Valencia’s beaches.

And if you are in to it, take a day trip to nearby Brunol to take part in La Tomatina, the biggest tomato throwing festival in the world. It takes place today, each year on the last Wednesday of August. Not for the faint hearted….

Photo’s Fred Schinke and Paula Cristina (on the right).

The archipelago of Fernando de Noronha is a UNESCO World Heritage Site and lies 345 km off the northeast coast of Brazil.To preserve the unspoiled environment and its delicate ecosystem, only 420 tourists are allowed on the island at any one time, guaranteeing empty beaches and tranquility.

August sees the end of the rainy season and nature is in a state of overdrive with explosions of greenery. But the best of Noronha is to be found on and under water. With visibility up to 50 meters and more than two hundred species of fish, five shark species, sea turtles and dolphins., the island is a mecca for divers and snorkelers. And when the sea gets rough, surfers flock to the island.

While some of Brazil’s top beaches – Praia do Leão, Baía dos Porcos and Baía do Sancho – can be found on the island, the big draw are the resident spinner dolphins – they jump out of the water and spin around in acrobatic spirals – that turn up every day in their hudndreds at surnrise in Dolphin Bay. They swim inside the bay, where the sea is calm and protected, for resting, reproducing and suckling and in the afternoon move again to the high sea in search of food. Would love to see this!

A small paradise on earth, where even the sharks are said to be friendly!

Wonderful Wednesday is a biweekly  series of places, festivals, destinations, hikes, etc etc where I would like to be in the world the coming 14 days, if no restrictions would apply.

July and August are the perfect months to visit remote Ladakh, high up in the Western Himalayas of India.

Almost isolated from October to May, Ladakh comes to life when the snow melts on the roads to its capital Leh. It is a long ride but one of the most beautiful road trips I have ever made. And once arrived, the reward is immense: spectacular moon-like landscape, blue lakes, high altitude passes, friendly monks and buddhist temples, both near the capital and in the surrounding valleys. 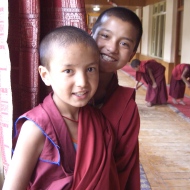 And the more active can go rafting on the Indus or Zanskar rivers, ride the highest vehicle-accessible pass in the world (altough there is some dispute about this) on a motorcycle or go trekking into the remote valleys.

Reaching Ladakh can either be done by road or by flight, which is also truly breathtaking.

Wonderful Wednesday is a biweekly  series of places, festivals, destinations, hikes, etc etc where I would like to be in the world the coming 14 days, if no restrictions would apply.